When World Sports are on Halt, Anika Keeps Grinding 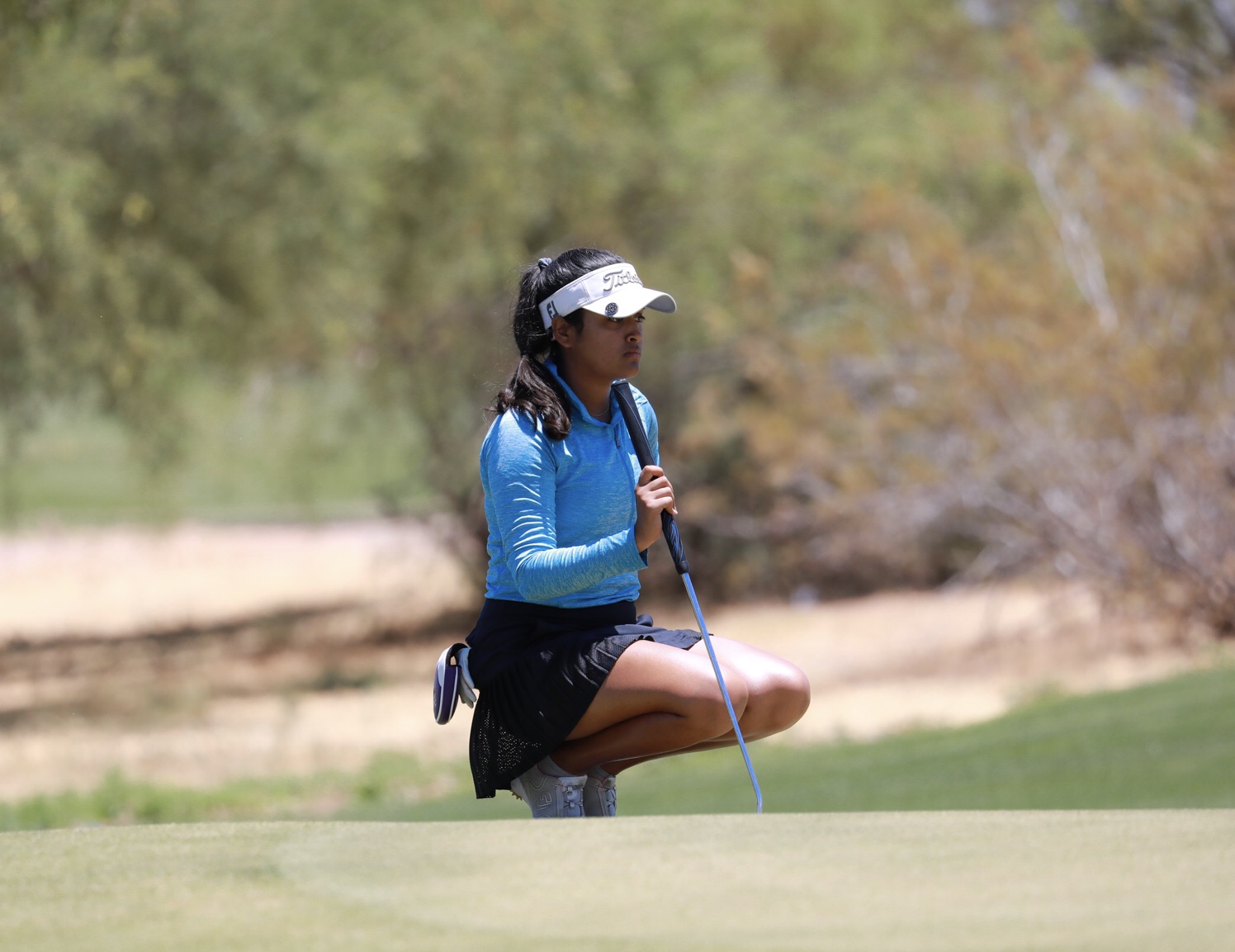 Anika Varma, the 16-year-old ace golfer, who shifted her base to Sacramento, California for her career in golf, is taking on the world by storm with her strong performances on the Cactus Tour, a mini-tour for ladies in Arizona.

In 2019, Anika did not waste anytime basking in the spotlight with her solo-fifth finish at the Hero Women’s Indian Open in last October.

When the world sport is on halt, The Cactus Tour is continuing to provide top events in the Phoenix area that has indeed seen an upsurge of experienced and talented players from all over the world as other major tours remain postponed due to COVID-19.

Noah, the man behind the success of Gaganjeet Bhullar who has 9-Asian Tour titles, John Catlin who has 4-Asian Tour titles as well as 8 wins in the last 6 years and Paige Lee who has 5-Cactus Tour titles has Coached Anika the past 12 months and needless to say, is excited for her journey ahead.

Anika’s first Cactus Tour was at Moon Valley Country Club (March 18-20) where she finished tied-13th. Excited with her performance, Anika entered and finished the next event with a tied-for second place at Sundance Golf Club (March 25-27).

Later in her next three appearances, she added a tied-9th, tied-5th and tied-11th finishes to her resume, making herself, her parents and her coach proud of what she had accomplished on her first trip to Arizona.

Anika, who has now played over seven events in the Grand Canyon State says, with her friends, parents and Coach on her side she feels excited every time she gets to compete in another Cactus Tour event. Adding to her experiences, Anika says, “I was lucky enough to take a second place in one of my tournaments on the Cactus Tour. I am very fortunate to be able to play competitive golf because I know that there is no competitive golf in world right now of any kind. I have met so many new people on the Cactus Tour, and the competition is great.”

Replying to what she feels is most comforting to hear, “My coach has many students playing in these events, so it always helps to make you feel like you belong. The golf courses are nice here in the experience that I am gaining is invaluable. Because of other tours on halt, I have been able to compete against players on the LPGA & the Symetra Tours and I enjoy that the most. I find it very rewarding to measure my game against better players.”

Anika acknowledges the sacrifices her parents have made by moving to the U.S. for her golf, who are now travelling with her to various spots in Arizona for her tournaments too, she adds, “I must thank both of my parents because it is not easy from renting houses for an extended stay in Arizona without them none of this would be possible.”

Noah, working with an impressive group of players – is the type of Coach who would give you the shirt off his back if you needed it. Anika shared a story about this in fact happening, “Noah was Coaching on the range in Auburn California on a cold day. Noah observed an old man shivering from cold, while training Paige, Noah removed his pull over to give it to the man, who smiled with his offering.” She says “that is my Coach”, who has been working with her for over a year now and has high expectations from Anika.

The Coach explains, “Anika has something very special about her.”

Since going under the tutelage of Noah, Anika has finished –

The experienced Coach who has a plethora of winners under his guidance, has worked with her short game and has made incredible changes with her swing and adding to how competitive Anika is he adds, “We’ve made changes to her swing and short game, and she’s accepted the challenge, and the results speak for themselves. She never settles for second-best she also understands that you must support yourself on the course. Anika celebrates her small victories which is a common trait of all the great players.”

Furthermore, Noah says, “It’s a treat to work with such a special person. She’s a diligent worker, who is only getting better each day. It’s like we’ve known each other our whole life and the connection is right there which makes the time go by fast, I couldn’t be more proud of her achievements and how far she’s come in such a short amount of time.”

While sharing his teaching philosophy, Noah explained, “I have a different style of teaching where I teach in small groups of pros next to amateurs where the age range can vary, but we work on the golf course, each player learning from the next and no lesson is ever repeated. While I am coaching, everybody is paying attention, each one of them pulling for their fellow player, talking takes their mind off the task at hand, which helps them focus.

When asked about Anika, he says, “I am very fortunate to work with Anika Varma she never shy’s away from work. It is a great feeling as a coach when you are humbled by the amount of talent that you are surrounded by.”

Noah contends that along with playing top-ranked amateur tournaments, she should continue testing her game on various platforms, given the opportunity as she will return for her next Cactus Tour event at Talking Stick-North Course in Scottsdale, Arizona from June 15-17.

Paige Lee is a Professional golfer who graduated from University of California, Davis in 2017 with a Bachelor of Arts degree in Psychology. She declared herself as a professional golfer in June and currently competes on the Symetra Tour and the Cactus Tour.