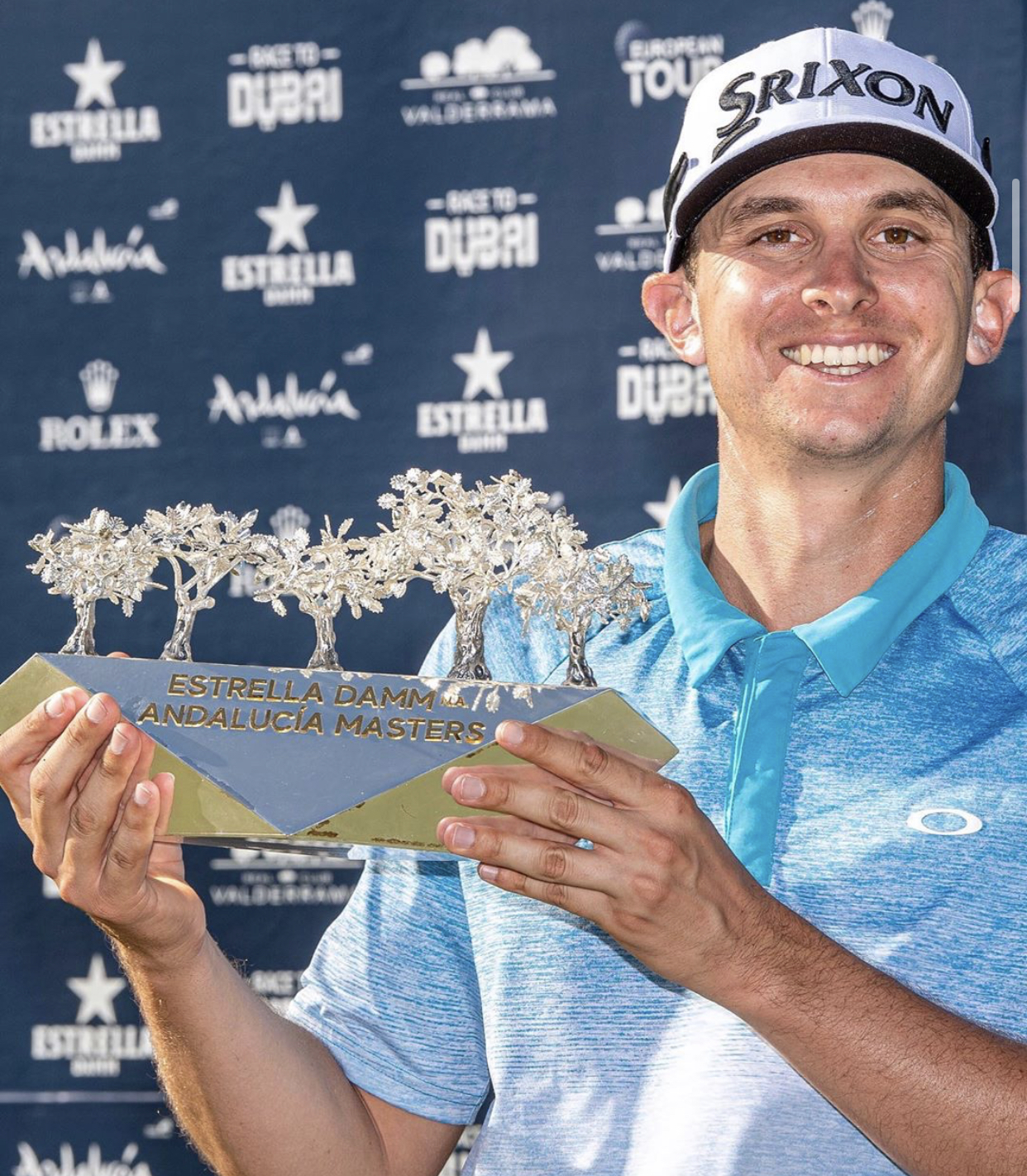 John Catlin of Sacramento outlasted the two-time major winner, former World Number One Martin Kaymer of Germany in a wire-to-wire fight until the last hole in the final round of the Estrella Damm N.A. Andalucia Masters to clinch his maiden European Tour title in Spain.

Catlin took charge of the field on the 16th hole of the opening round, kept it confident in his next two rounds and continued to lead from the front and entered the final round with a two-shot lead over Kaymer.

Catlin and Kaymer changed hands with the top-position until the 17th hole, and it was the American who claimed the title with a par at the last to win by a single shot.

Catlin was unable to make any birdies in his final round 75 but produced some wonderful par saves to stay in the hunt on the back nine and finished the tournament two over par.

Catlin missed his first shot of the day on the par-4 fifth when Kaymer joined him for a share of the lead at 1-under par. The seventh hole and eighth holes saw some great par saves from Catlin and it was on the ninth when Kaymer lost his ball off-the-tee resulting in a double-bogey, catapulting Catlin back into the lead.

The wire to wire fight begun as Catlin gave up a shot on the 10th and then the 12th hole after missing a seven-foot putt for par.

Soon on the 13th, Kaymer joined back Catlin for a share of the lead at 1-over par and after the latter missed a four-footer on the 14th, it was Kaymer with the lead once again. Kaymer again returned to share the lead with Catlin after a bogey on the 15th, and they both continued these standings until the 18th green, where Kaymer missed a pitch from the back of the green to force a playoff. John Catlin emerged victorious by a shot, for his maiden European Tour title.

When asked about his week at Valderamma, Catlin said that, “Noah [Coach] and I have put in the work for 6 years and to finally see it pay off with such a huge win is so gratifying and a testament to us doing the right thing every day. Can’t wait to keep working”.

The 4-time Asian Tour winner, John Catlin with his win today, earned 335 points and jumped to 35th on the Race to Dubai Rankings as well as being the 1st American winner at Real Club Valderamma since Tiger Woods in 1999.