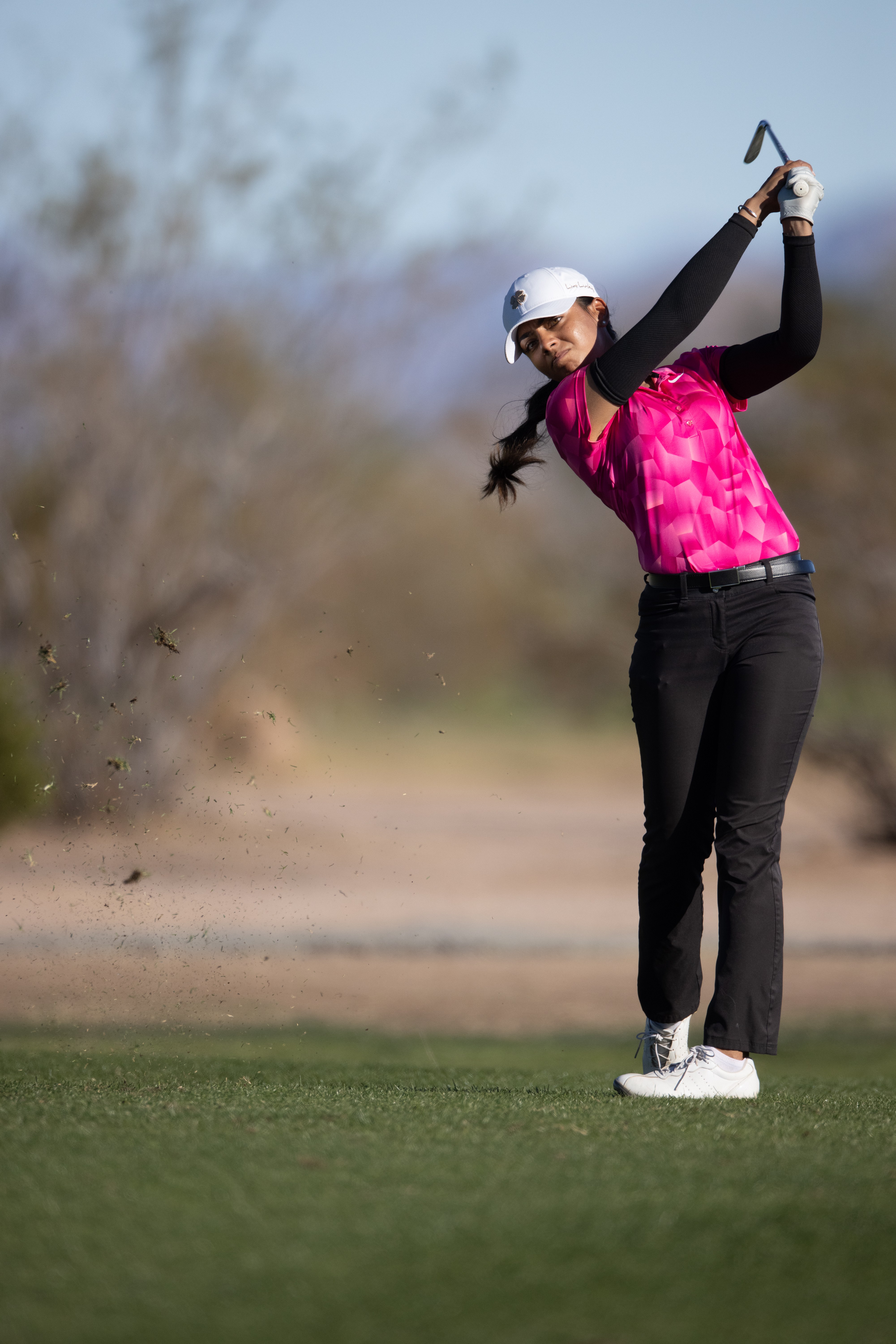 Nishtha shot rounds of 66, 68 and 67 for a total score of 15-under 201 and a five-shot win over the duo of Mia Landegren from Sweden and Julie Yang from Arizona.

She started her final round one shot behind the overnight leader, Katelyn Gilmore and added 5-under 67 consisting of three birdies and an eagle to remain five-strokes ahead of the field.

Nishtha carded a total of 11 birdies and 2 eagles in the three-day event held at Apache Creek Golf Club in Arizona.

Katelyn, the opening-round co-leader and second-round leader posted 2-over 74 to finish fourth.

Paige Lee, her long-time friend and another student of Noah Montgomery, shot rounds of 69-68-72 and an eagle on the final hole of the tournament to finish sixth at 7-under-209.

Talking about her win, Nishtha, said, “Happy to have got my third win, my team and I have worked hard at it for a long time and it’s finally starting to come together!! Can’t wait to represent the Indian flag on the LPGA.”

Noah Montgomery, a proud coach, added, “Nishtha’s hard work is starting to pay off.  Proud to be a part of her journey.”

Nishtha Madan, turned professional in May this year and tasted her maiden success in her fourth professional start at the Kentucky Women’s Open, where she emerged victorious by three-strokes with rounds of 65 & 67 in July. Two months later, she claimed her second win at the Sun City South Fall Championship after shooting 71-70-72 for a comfortable two-shot win over the field.