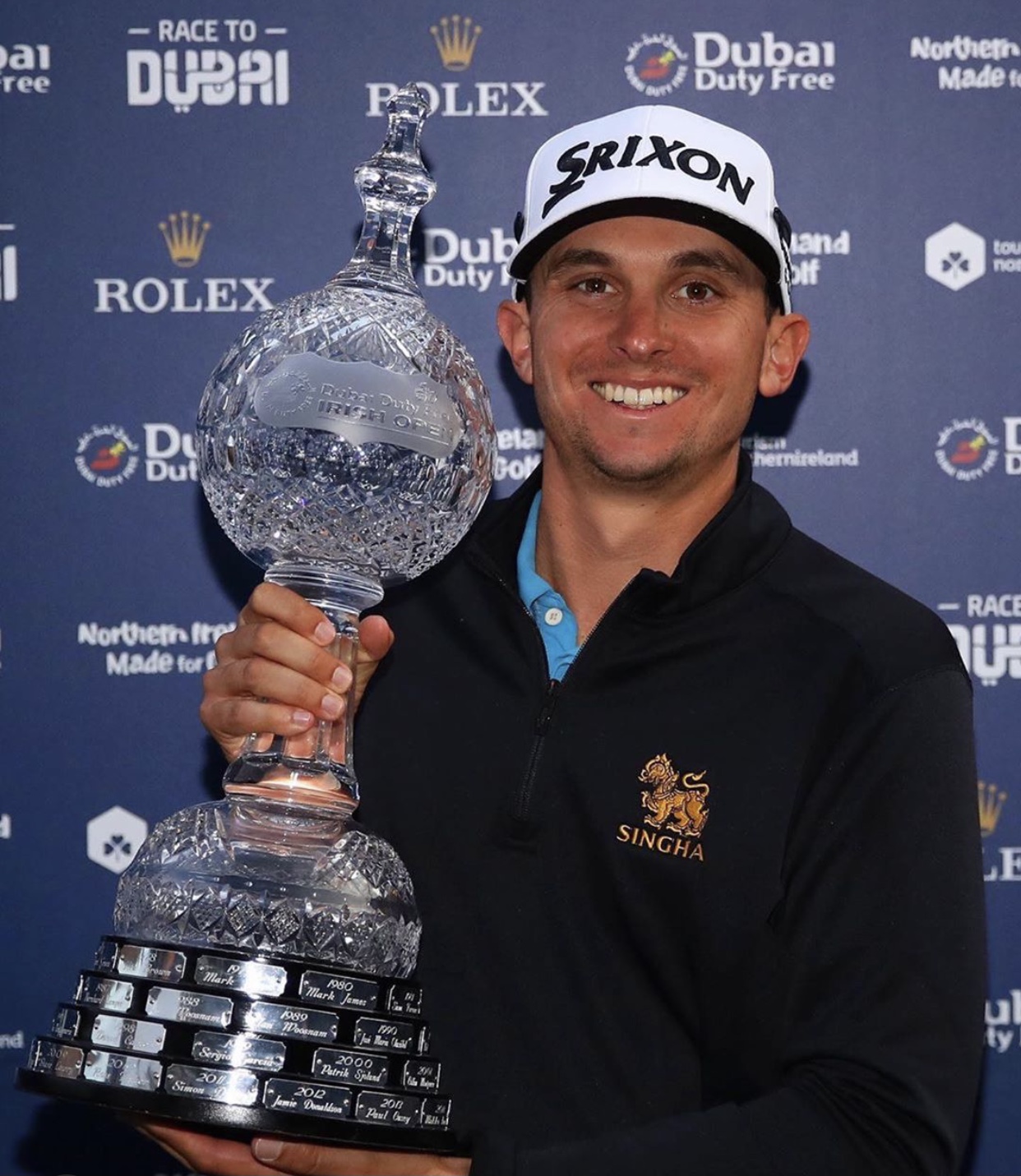 John Catlin etches his name on his second European Tour title within three weeks of earning his maiden title at Valderrama. Catlin started his day, 4-strokes behind the overnight leader, Aaron Rai and went on to shoot 6-under 64 today in Ireland to win the 2020 Dubai Duty Free Irish Open.

His final round included seven birdies, on, 2nd, 4th, 8th, 10th, 15th, 16th, and 18th holes. John reached the 18th, 555 yards, par-5, with his second using a 3-wood, setting him up for a comfortable birdie and giving him a two-shot cushion over the field, which remained until the end. With the last group playing the 18th hole, John had begun warming up on the driving range, if Rai were to birdie the last to join him for a playoff. Rai needed a birdie to force a play-off, and an eagle to win it, both did not happen, and John was informed about the terrific news while working at the range.

Catlin’s momentum began building straight out the chute with three birdies coming on the 2nd, 4th and 8th holes. Catlin was climbing the leaderboard with his birdie on the 10th, he reached the green on two for his fourth birdie of the day to join a four-way tie for the lead.

Soon, he dropped a shot on the 13th and later with an 18-footer on the 15th, he re-joined Rai for the top-spot and with his birdie on the next, he became the solo-leader in Ireland. By the time he finished his round, he was two clear of the pack and announced as the winner, when Rai, found some thick rough on the final hole.

Catlin, the four-time winner on the Asian Tour, entered this season, ranked 155th on the 2019 Race to Dubai Rankings and his win today in Ireland moves him to No.14 on the 2020 rankings and a stable place on the European Tour roster.

He also becomes the third American to win this event and the first for 33 years after victories for Major Champions Ben Crenshaw and Hubert Green in 1976 and 1977. Previously, with his win at the N.A. Andalucia Masters on Sep. 6th, Catlin, became the second American winner after Tiger Woods in 1999.

On his win, John said, “To have won the Irish Open and be listed among the name on such a storied event is something I am very proud of and will always cherish.”