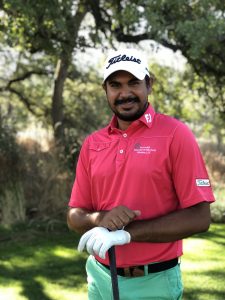 Gaganjeet Bhullar, currently plays on the European Tour, turned pro in 2006 and played on the PGTI Tour in India where he has won nine times and yet to miss a cut. Later in 2009 he went on to win the 2009  Indonesia President Invitational for his maiden Asian Tour title. Since then he has gone on to win nine times even on the Asian Tour.

Bhullar earned his European Tour card with a stunning win at the A$ 1,250,000 Fiji International in August 2018 and is currently ranked 87th on the race to Dubai Rankings.